If you are planning to host a New Year's Eve party, you are smart to make the plans now. After all, once Halloween is over, Thanksgiving and Christmas will probably sneak up on you in a flash. And, if you've decided to host a royal-themed party, planning early will help you to prepare fun invitations and memorable activities for your party.

Before you send out invitations, consider the type of event your royal party will be. Are you hosting a formal affair or a casual one? Deciding on this will help you to design your royal-themed party invitation.

Think of everything that speaks of England. Combine music and games that will be royalty-themed.

Of course, the way you decorate the party area will lend a royal mood to your party. Whether you host the party at your house or whether you host it at an event center, think of all the fun ways that you can decorate with royalty in mind.

Of course, you will want to toast the New Year at midnight. Think of asking each of your guests to say something they loved about 2017. In addition, ask them to express a wish they have for 2018. And, since people often love to go home with party favors, think of royal-themed gifts you can give them. For example, tie decadent chocolates around a miniature crown and add wishes like Have A Royal New Year to the candy bag. 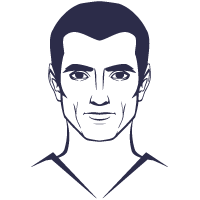 About a year ago, I realized that there were some serious issues with the way my family was doing parties. For starters, everyone always felt pressured to make things great, and most people didn't end up coming to the events anyway. I started thinking about it, and I realized that there were some important things I needed to tackle. For starters, I began learning more about event planning, and that single decision made a big difference. This blog is all about creating exciting, interesting events that everyone will love. Check out this blog for more information that could help you.

Last-Minute Wedding? 5 Reasons You Need A Wedding Planner
28 December 2020
Are you planning a last-minute wedding? During the pandemic era, many couples find themselves facing the need to cancel or massively alter their weddi …

Two Reasons To Plan A First Date At A Music Festival
21 August 2020
Going on a date with someone for the first time brings up a mixed bag of emotions. You're likely excited about the idea of possibly learning more abou …

What Do You Need To Know About Event Planners And Event Designers
15 May 2020
What are the differences between event planners and event designers? If you have a wedding, anniversary party, sweet 16, or another occasion on the ho …